Mega-Polluters, Your Days are Numbered! 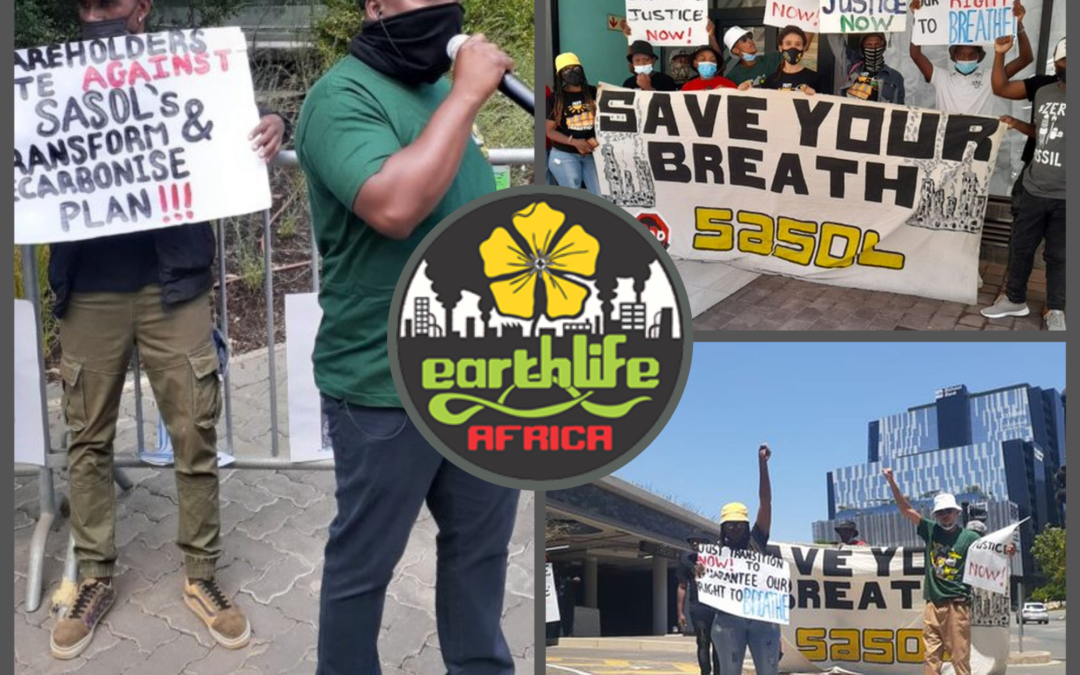 As the entire country appears to be against Shell – currently undertaking seismic testing, in search for oil and gas reserves in our oceans – let us not forget the other multinational, corporate giants who continue to promote these climate change-inducing fossil fuels, such as Total and Sasol.

To that end, on 5 November 2021 – in the midst of another under-whelming COP conference – Earthlife Africa Johannesburg joined representatives from 13 community-based organisations held a peaceful demonstration outside Sasol’s Head Office in Sandton. The Climate Justice Action [youth] Group (CJAG) calls on Sasol – one of South Africa’s biggest GHG emitters – to divest from fossil fuels and rather invest in the #Justtransition.

Then again, on Friday 19 November, close to four-hundred environmental defenders took to the streets to picket outside the Sasol Head Office in Johannesburg, at the same time as the oil and gas giant held its Annual General Meeting (AGM). The picket, spearheaded by Earthlife Africa Johannesburg, was a continuation of earlier protests to urge Sasol and its shareholders to accelerate South Africa’s #JustTransition and move away from fossil fuels.