CJAG Calls on Sasol – One of SA’s Biggest GHG Emitters – Divest from Fossil Fuels Now, Invest in the #Justtransition 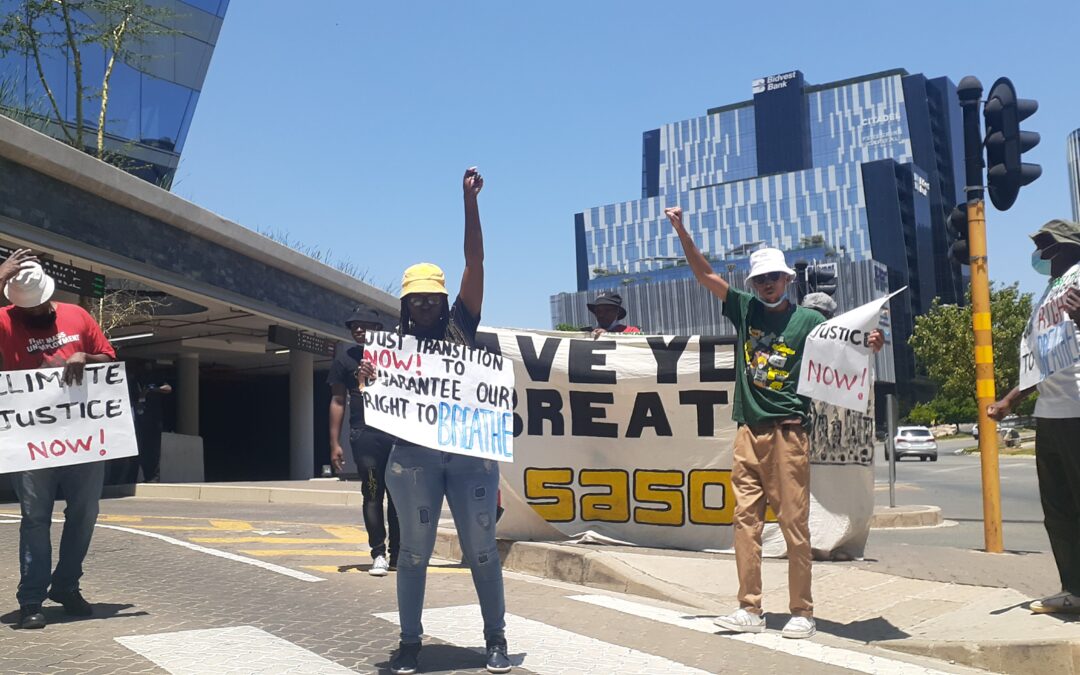 Earthlife Africa’s Program Officer and coordinator of the Climate Justice Action Group (CJAG) Ulrich Steenkamp says, “Our aim to draw attention to the COP26 talks currently underway, to ensure that our communities are also recognised in proposals to address the climate crises, which far too often hits the most vulnerable in our society the hardest.”

He says, “We have chosen Sasol for our placard demonstration, since it is one of the country’s biggest polluters (number 2, actually) and we believe that this multinational corporation should be held accountable for its crimes against all the communities, often some of the poorest in our society, who are affected by their plants. As young people, we also call on Sasol to think about our future and to divest from fossil fuels. We hope to see this company, which is responsible for so much destruction, to rather choose to become part of the solution by investing in a just transition away from fossil fuels.”

We need stronger measures coming out of this COP. These measures should be in line with the UNFCCC Global Day of Action’s call to action – ‘Justice won’t be handed to us by world leaders or delivered by corporations. Only we can imagine and build the future that works for all of us’ – and there are several protests planned to take place at various major polluting power utilities around the world, especially over this period of COP26.

Earthlife Africa Johannesburg Director Makoma Lekalakala says, “Government’s emphasis on gas (and oil) is worrying because neither are valid transition fuels that will reduce the country’s carbon emissions. These fuels are also a major threat to the environment and wellbeing of citizens. The reality is investment in gas actually threatens to derail South Africa’s efforts to meet the conditions of the Paris Agreement on Climate Change. By focusing on gas, government is obstructing energy justice in this country by delaying the transition to more renewable and socially inclusive energy sources.”

Steenkamp says this picket is a ‘prequel’ to the massive demonstration planned for 19 November (again at the Sasol head offices), which will coincide with the company’s AGM.