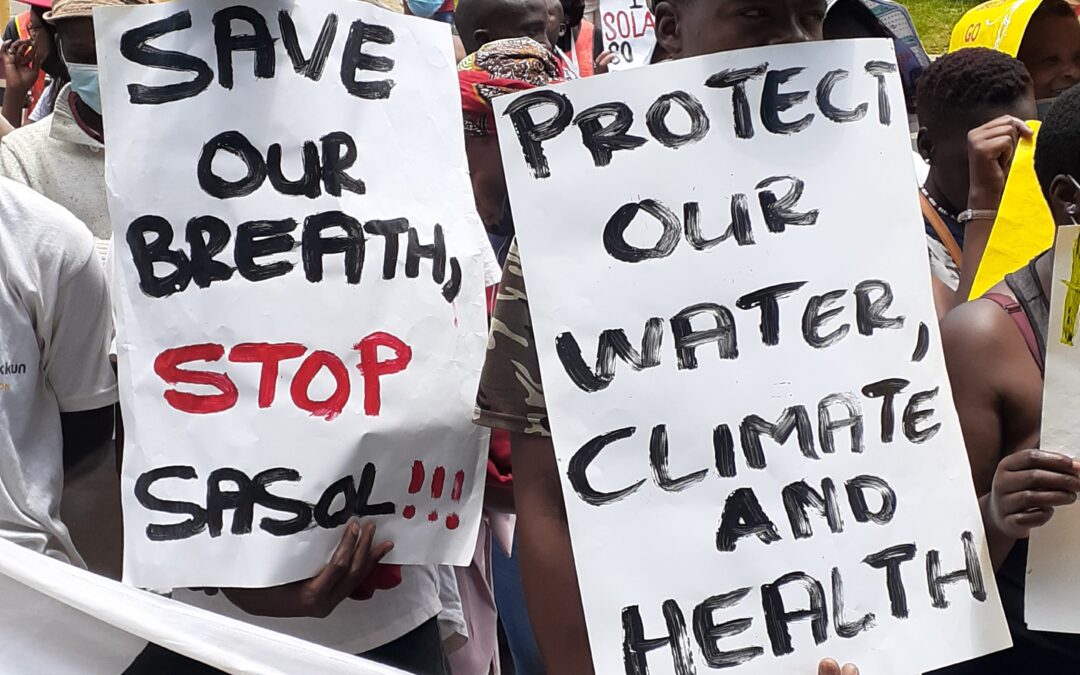 On Friday 19 November, close to four-hundred environmental defenders took to the streets to picket outside the Sasol Head Office in Sandton, Johannesburg, at the same time as the oil and gas giant held its Annual General Meeting (AGM). The picket, spearheaded by Earthlife Africa Johannesburg, took place to urge Sasol and its shareholders to accelerate South Africa’s #JustTransition and move away from fossil fuels.

Earthlife’s Program Officer Ulrich Steenkamp says, “We call on the shareholders of Sasol – one of SA’s Biggest GHG Emitters – to do the responsible thing and to use the power of their vote to reject any future oil, gas, and coal plans that may be presented to them. We urge Sasol’s shareholders to align themselves with the country’s Nationally Determined Contributions (NDCs) and future energy needs. Climate change has life-threatening impacts on the African continent, and we need to take #ClimateActionNow.”

The report unpacks the issues regarding gas a “transition” fuel and the unaddressed risks of methane. However, more importantly, the report also highlights key questions shareholders should have satisfactorily answered by Sasol, before its climate plan can be endorsed. These include:

Earlier in November, Steenkamp also joined representatives from 13 community-based organisations in a separate demonstration outside Sasol’s Head Office. The Climate Justice Action Group (CJAG) says its aim was to draw attention to the COP26 talks, calling for community involvement in proposals to address the climate crises.