Each year, sometime during the annual COP event, climate and environmental justice activists from around the world join in a Global Day of Climate Action to urge decision makers at COP27 to treat the climate crisis like the global emergency it is, by developing strong policies that will fast track the just transition to a low carbon economy. Activists – who are calling for the urgent transition from fossil fuels to renewable energy sources – are particularly dissatisfied that these very important negotiations, which will affect people from all walks of life around the world, are largely driven by fossil fuel industries, with very little community-based representation.

According to Earthlife Africa Johannesburg Program Officer Ulrich Steenkamp, who today (10 November) led close to 1500 activists and concerned citizens – affected by the energy and climate crises – to the Constitutional Court, “After twenty-seven (27) of these expensive climate conferences, globally we are still not moving nearly fast (nor decisively) enough to meaningfully address the crisis. We urge the South African government to accelerate our country’s just transition. We already have a Just Transition Framework, but we need a clear guide as to what needs to be done. If South Africa is serious about the just transition, we must end coal and oil. And since our economy relies so heavily on coal, there must be a clear, workable plan for how we aim to achieve this.”

“The longer we hang on to fossil fuels, the more lives will be negatively affected. That is why, with this year’s Day of Action, we especially celebrate the lives of all the environmental justice activists who have lost their lives for their opposition of these extractive industries – because of its harmful effects on the wellbeing of their communities and the environment. We remember people like Ken Saro-Wiwa and the other eight activists that were hanged in Nigeria for challenging oil extractions by Shell. And here in South Africa, Bazooka Rhadebe and Mam’ Fikile Ntshangase and all the others that are unknown, here and beyond. Negotiations at COP27 must prioritise the protection of those fighting against the exploitation of the environment.”

Earthlife Africa’s Climate Energy Officer Ketshepaone Modise says, “Protecting the environment is not a crime. On this Global Day for Climate Action (10 November 2022) Earthlife Africa and our partners stood in solidarity with other climate justice organizations around the world against the mass polluters who are gathering and making decisions at COP27 in Egypt. We also celebrate and remember all the fallen environmental justice heroes, and we urge all the negotiators at COP to promote the protection of the climate as well as those who passionately defend the environment. 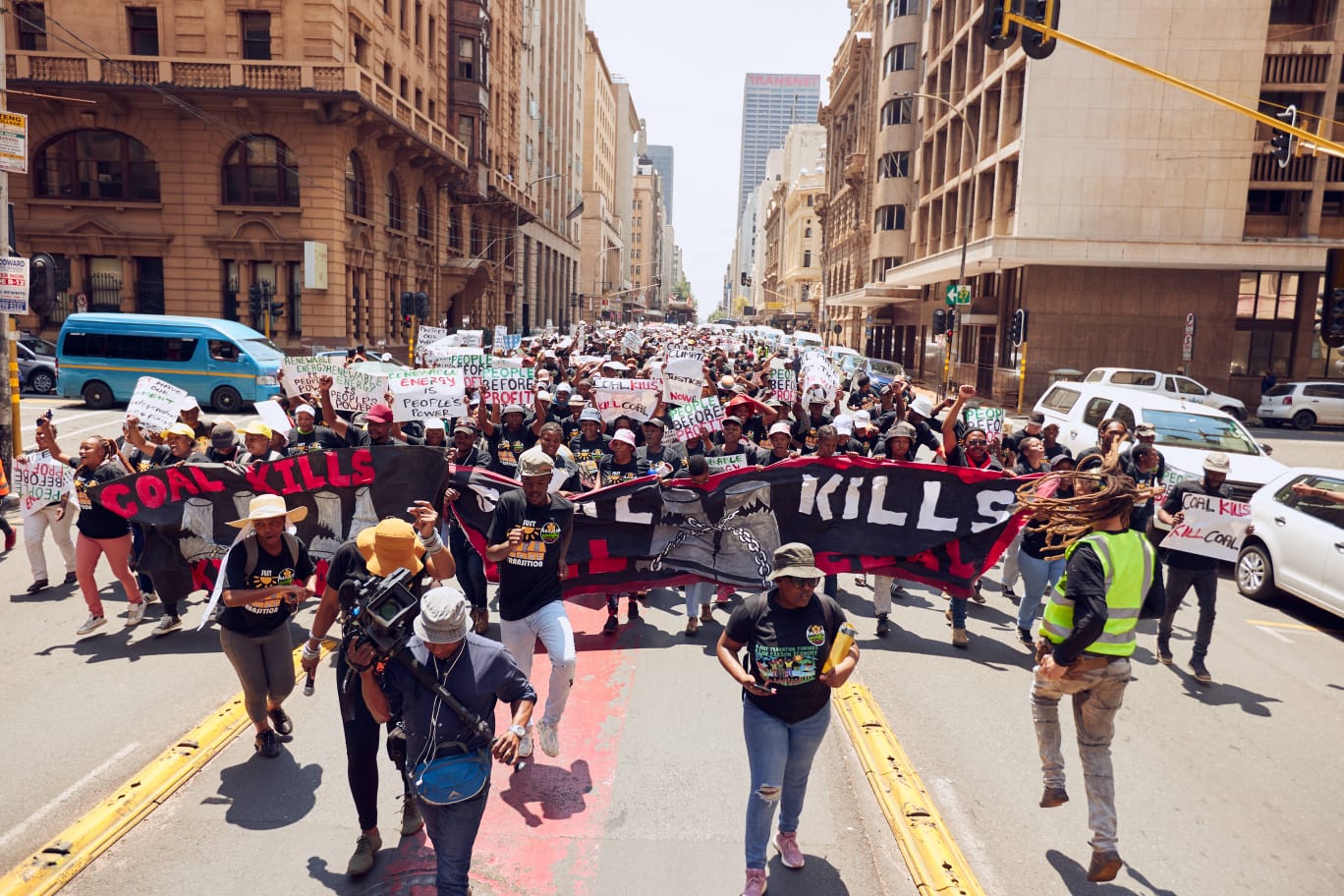 Modise says, “Each year, during COP, there is a worldwide outcry for improved and real action on climate change that is led from the ground up. It remains an ongoing concern that the UN convention on climate change (UNFCCC) is dominated by fossil fuel companies and other extractive industries. We believe that, since the people are most affected, there should be more government and non-government (NGO) representation. Africa is experiencing the worst impacts of climate change and can no longer afford any more delays. Northern countries must fulfill the climate finance promises they have made (in the form of pledges in the past years). This finance will be important in accelerating the just transition economy. There can be no mistaking that action to phase out fossil fuels is paramount.” 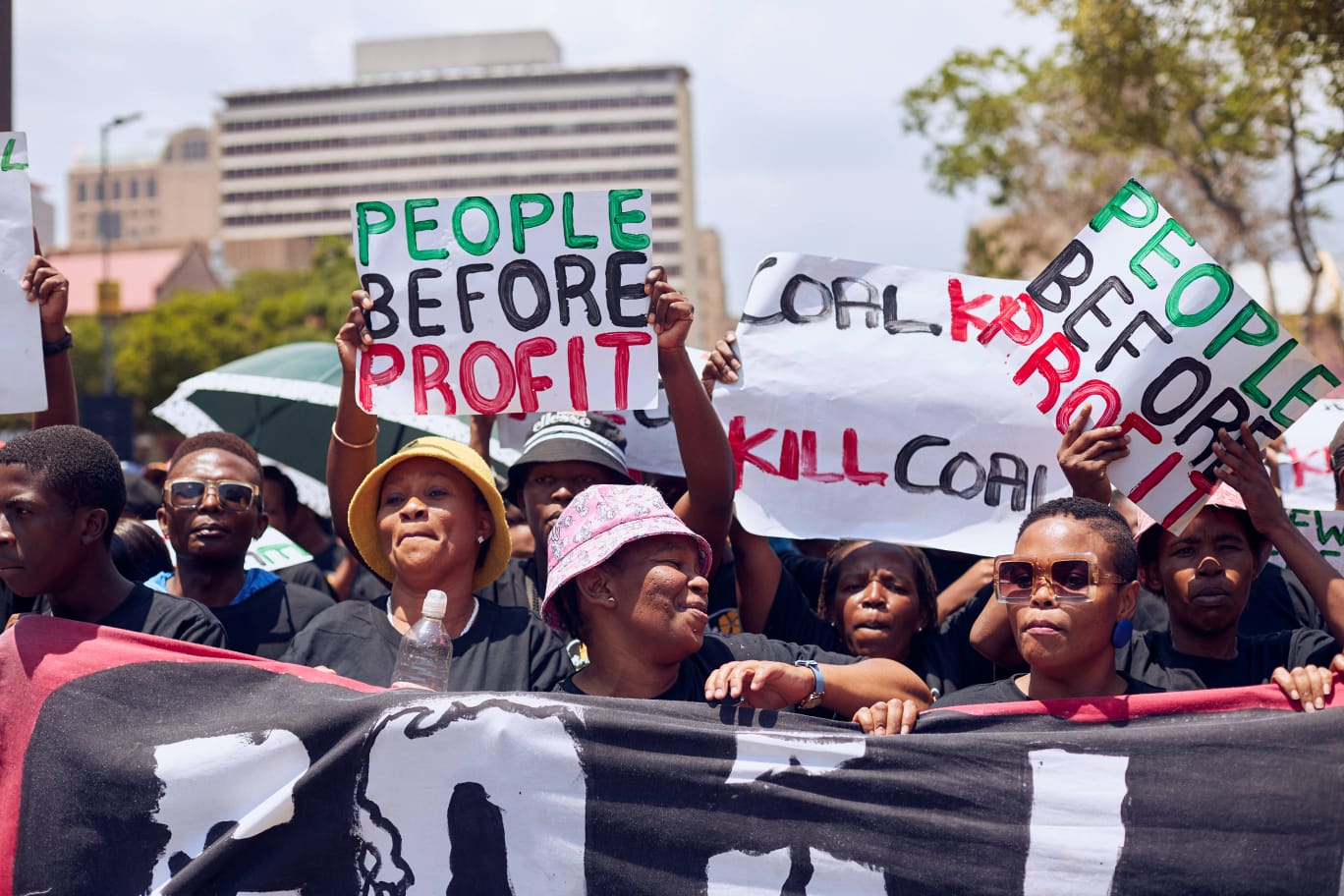 Climate and environmental justice activists urge COP27 negotiators to treat the climate crisis like the global emergency it is.

Earthlife Africa’s Programs Officer Thabo Sibeko and Director Makoma Lekalakala are currently at COP27 in Egypt with a contingent of community activists from Gauteng, Limpopo, and Eastern Cape. On 10 November, Earthlife Africa and other activists from around the world joined Oilwatch at a venue in Sharm el-Sheikh for a peaceful demonstration. He says, “Our picket was about calling out all polluters here at COP. We cannot allow climate terrorists to come and negotiate about climate change action on behalf of the people because while they are negotiating here, they are also calling for the use of more fossil fuels, particularly in Africa. We are here as victims of polluting industries, not just to show face, but to send a clear message that we want the polluters out of the conference to allow more space for marginalized and affected people across Africa to be part of these discussions and decisions.”