From 28-30 April, the Delta Built Environment Consultants (Delta) will host public hearings on the Musina Makhado Special Economic Zone (MMSEZ) – a mega-industrial development proposed to be built in the Vhembe region of Limpopo. Many communities, businesses and individuals in the area and beyond are highly-concerned about the impacts that the plant will have on their livelihoods, health and the environment.

As part of its social and environmental advocacy work in the region, Earthlife Africa Johannesburg has been creating awareness of the many severe risks such a development poses for the communities living there. In an effort to raise awareness and create widespread understanding of exactly what issues this project could cause, Earthlife commissioned the production of a short animated video which describes the landscape the MMSEZ will affect, more about the MMSEZ itself, and the possible impacts for the people and the environment in this region.

Earthlife Africa’s Director Makoma Lekalakala says that the MMSEZ – a metallurgical cluster of highly-polluting industrial plants and a coal fired power station – poses a severe threat the area, which is rich in biodiversity and ecological features as well as places of cultural and spiritual significance to many local people. 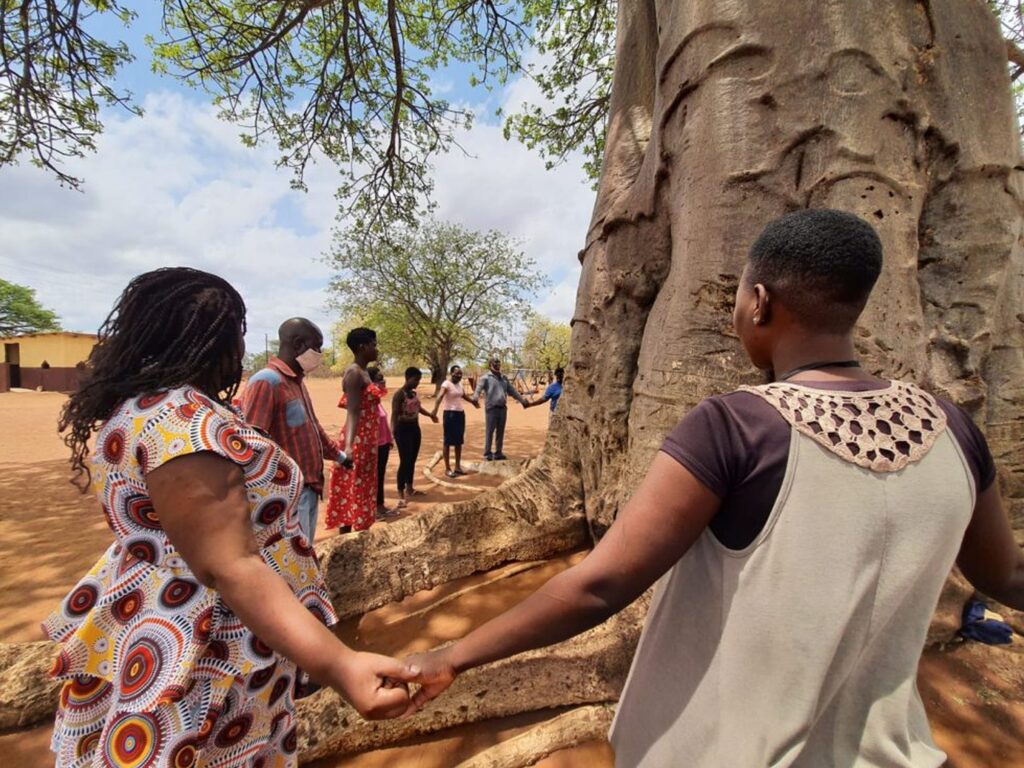 The Musina Makhado Special Economic Zone (MMSEZ) – a metallurgical cluster of highly-polluting industrial plants and a coal fired power station – poses a severe threat the area, which is rich in biodiversity and ecological features as well as places of cultural and spiritual significance to many local people.

“Limpopo is an agriculturally-important area, which is already severely water scarce. What impact will the MMSEZ have here, when one considers that it is estimated to consume 250 million litres of water per day? We cannot deny that the destructive and irreversible consequences of the proposed Special Economic Zone outweigh any short-term and unsustainable development goals,” says Lekalakala.

According to Earthlife’s Coal Campaigner Thabo Sibeko says, “It is estimated that the proposed MMSEZ will see more than 100 000 protected indigenous trees removed. This is concerning when we consider that the project will emit 34 million tons of greenhouse gases per year, as a result of the 15 000 tons of coal burn per day at the power station. And, what will happen to the 115 tons of hazardous and industrial waste that will be produced every day?”

“As it is, the South African government is unable (maybe even unwilling) to curb its deadly air pollution. We therefore cannot allow the MMSEZ to go ahead because it will likely exceed national air quality limits by releasing dangerous air pollutants such as sulphur dioxide and nitrogen dioxide, causing more damage to the environment, compounding climate change, all the while harming our people. On top of this, the country’s climate change commitments should be another key reason to reject the MMSEZ. Already South Africa is the twelfth-highest carbon emitter in the world,” says Sibeko.

Lekalakala says, “Since Earthlife is an organisation that is focused on socio-economic and environmental justice, we support and promote the principle that affected people should be able to exercise free, prior and informed consent on projects that could harm them and jeopardise their livelihoods. We also strongly believe that these people should have accurate and comprehensive information in order to make their own choices on whether to oppose or support this development.”

“We encourage South Africans to get involved because the MMSEZ does not only affect people in Limpopo, it ultimately affects us all. Our video also provides information on how to participate and connect with efforts to help ensure that the development is sustainable, and that resources are carefully managed for current and future generations,” she concludes.

Earthlife also created a Public Participation Handbook – guided by the Constitution, the National Environmental Management Act (NEMA) and the Mineral and Petroleum Resources Development Act (MPRDA), as well as other relevant laws – to make clear which legislation and laws apply to protecting the environment, as well as identifying the role-players involved in environmental management. The aim of these tools are to ensure that communities around the country are equipped to stand up for their rights and the rights of the environments they depend on.

Download/Share the MMSEZ infographic which provides a snapshot of some of the negative impacts of this proposed development.

Participate, register as an Interested and Affected Party with Delta Built Environment Consultants