Can We Really Expect Climate Justice to Result from COP27? 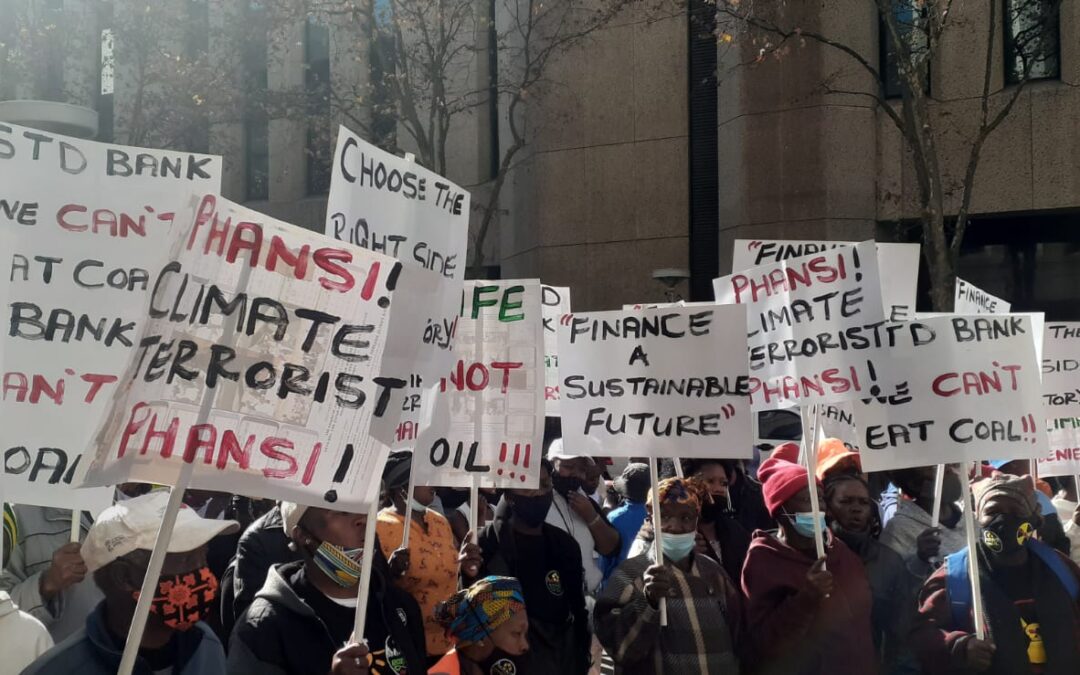 An opinion piece on the concept of Climate Justice within the context of COP27.

More than 40 000 delegates, including 120 government leaders, are currently attending the 2022 United Nations Climate Change Conference, more popularly known as COP27, in Egypt. The slogan for this conference, ‘Together for Implementation’, is designed to create the impression that humanity has come together to magnanimously overcome the ongoing climate emergency. However, in trying to highlight the ‘togetherness’ of governments, the slogan unwittingly reveals how little unity there actually is within COP. While there are serious disagreements about the extent of the crisis and how best to deal with it, the most significant stumbling block among nations relates to the concept of Climate Justice. At its core, Climate Justice states that those who are most responsible for the climate emergency should be the ones who should pay the most for the mitigation and adaptation plans and processes which are necessary to avert the worst of the crisis.

History shows us that a handful of countries from the Global North are largely responsible for climate change and continue to be so (China’s per capita emissions are still less than half those of the USA, while over a fifth of China’s emissions come from exports). Between 1850 and 2006, the world’s richest nations (the 38 nation members of the Organisation for Economic Cooperation and Development) contributed more than 80% of the increased carbon dioxide (CO2) emissions in the atmosphere. Currently, 50% of CO2 emissions come from 7% of the world’s population, while the poorest 45% produce less than 8% of CO2 emissions. No less than a sixth of the world’s population, located predominantly in the Global South, cannot even be held accountable for any emissions at all, because their lifestyles are essentially carbon neutral.

It is not, however, enough to simply draw attention to which countries emitted the most CO2 because they did so, as they rapidly developed their economies, at colossal costs to the people and ecologies of the Global South. It is now beyond dispute that the history of the development of capitalism cannot be divorced from the plunder of empire and colonialism as the nations of the Global North exploited the so-called four ‘cheap natures’ – labour, food, energy, and raw materials – in ‘their’ respective empires to feed the growth of capital. Here we see slavery; forced labour; the brutal repression of indigenous peoples; the looting of raw materials on a colossal scale, and the destruction of local means of subsistence and production in favour of metropole economies. All of which must be set against the backdrop of the ecocide that occurred within colonised countries during this age of empire.

Thus, the question of Climate Justice is not only about specific responsibility for emissions, but about how those emissions came about. They were generated at great social, economic, political, and environmental cost to the peoples of the Global South. It is this massive debt that the Global North owes the people and environments of the Global South that should be the guiding principle which informs all climate negotiations and planning at COP.

While the question of Climate Justice is now referenced in United Nations Framework Convention on Climate Change (UNFCCC) reports, there is, sadly, but perhaps unsurprisingly, no serious commitment by the nations of the Global North to account for their overwhelming responsibility for the climate emergency. To date, even when limited promises are made to address this legacy, they are not met. For example, in 2009, ‘developed’ countries agreed to commit a minimum of $100 billion a year to address the climate needs of ‘developing’ countries. A target that has not yet been met. Even when money is allocated to address climate challenges in the Global South, it is often in the form of loans and not grants. For example, President Ramaphosa recently noted that only 2.7% of the $8.5 billion promised to help South Africa transition away from coal is in the form of grants, with the rest coming as loans. Loans increase the debt burden on many counties which are already heavily indebted (oftentimes by odious debt) and are becoming more so due to the negative impacts of climate change.

So, what needs to be done? As a starting point, governments in the Global North need to fully recognise the magnitude of the debt that they owe. They need to do so by actions, not words. These actions need to be centred around how the Global North will finance the lion’s share of the mitigation and adaptation requirements of countries in the Global South. It is quite clear that very significant amounts of money are needed. For example, it is estimated that South Africa needs $84 billion over the next five years to undertake a Just Energy Transition away from fossil fuels. It is estimated that Africa will need a minimum of R250 billion per year to meet the continent’s UNFCCC 2030 emissions goals alone.

These costs must, however, be contrasted with the costs of not doing anything. It is estimated that damage caused by climate change to infrastructure and economies worldwide could reach $200 trillion by 2050 if comprehensive adaptation and mitigation actions are not taken. If current climate policies persist, the world’s most vulnerable countries will suffer average GDP losses of 20% by 2050, and 65% by 2100. The costs of taking the necessary actions must also be contrasted with what was spent to bailout banks after the 2008 financial crisis. It is calculated that $29 trillion was spent in the US alone turning private debt into public debt. Let’s not forget the $10 trillion that was found to fight Covid-19, or the $6 trillion paid out every year in harmful fossil fuel subsidies, or the $2 trillion spent annually on arms.

The question of Climate Justice is thus one of priorities. The real question at COP27 is, therefore, whether the countries of the Global North are prepared to accept their responsibilities and match their rhetoric with real and sustained funding? As Amitav Ghosh reminds us ‘climate change … is primarily a matter of justice, rooted in histories of race, class and geopolitics. From this perspective, climate negotiations are not just about emissions and greenhouse gases; they hinge precisely upon issues that are not, and can never be, discussed – issues that are ultimately related to the global distribution of power’.