There can be no #ClimateJustice without #GenderJustice 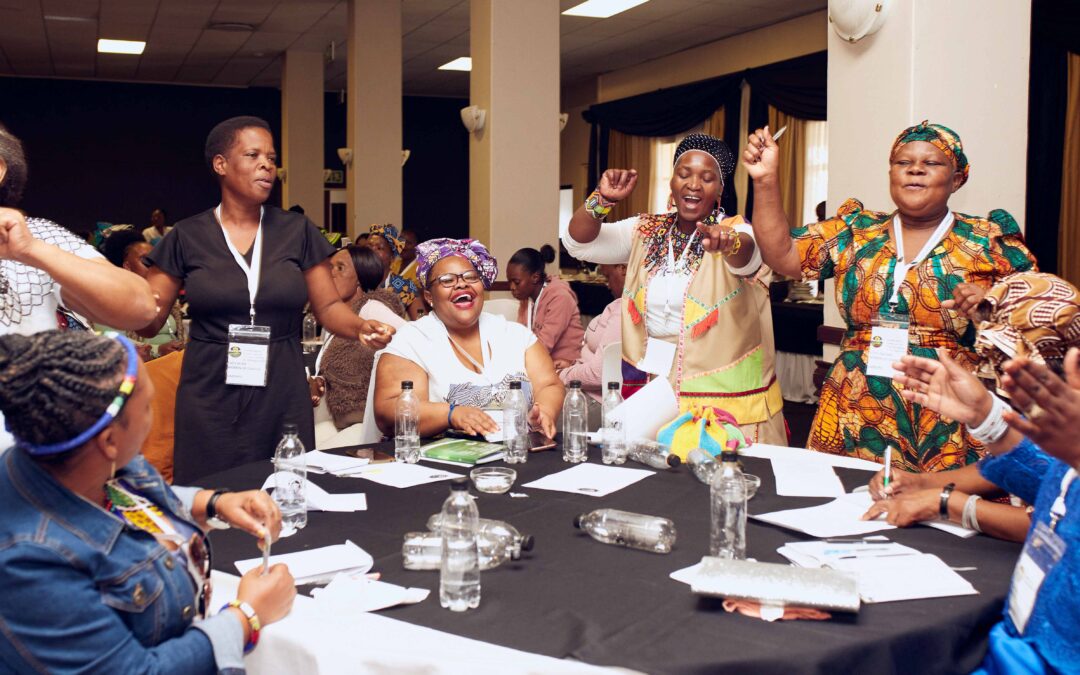 Just as Africa Climate Week focuses on Africans and climate action, Earthlife Africa Johannesburg and GenderCC’s annual Women and Climate Justice Seminar (held on Thursday & Friday 25-26 August 2022) zones-in on the fundamental need for gender justice in the just transition. According Earthlife Africa Johannesburg’s Senior Programs Officer Nomalizo Xhoma, “South Africa’s transition to a low-carbon economy will never be just or equitable, and it will never have the positive impact it could have on our society, if women are not prioritised. Traditional women, especially, hold valuable indigenous knowledge, which seeks to create livelihoods in partnership with the natural environment, rather than to exploit it simply for profit. However, these are the women who feel ignored and dislocated from the national climate discussion.”

More than 100 indigenous women, representatives from various community-based organisations (CBOs) in Gauteng, Eastern Cape and Limpopo, attended the seminar. The aim is to give much-needed recognition to and provide a platform for women environmental justice activists who are raising awareness and educating their communities, in an effort to protect the natural resources they rely on to create their livelihoods. 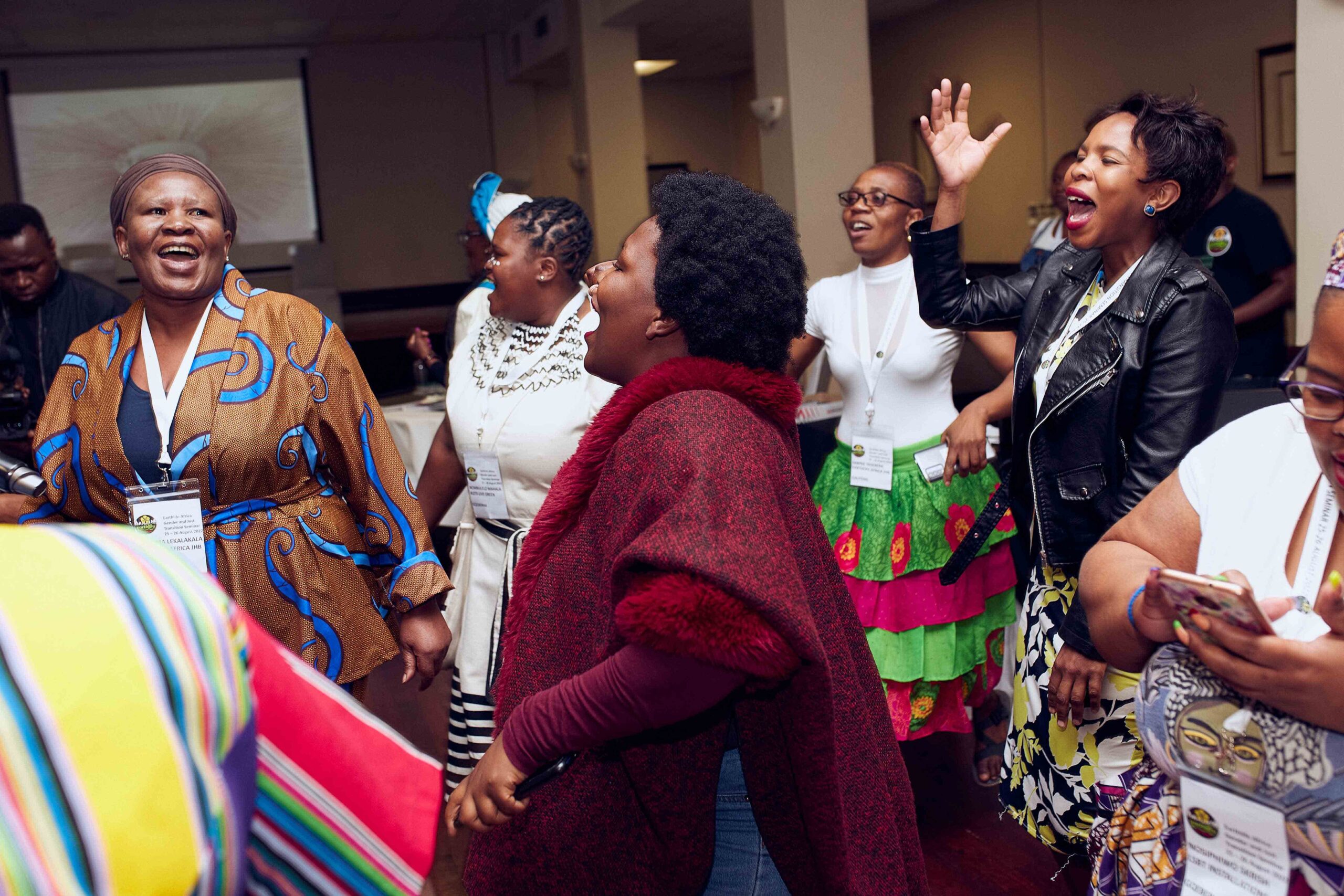 “While South Africa may have come a long way since the 1950s, the road to gender equality, which is critical to a successful just transition to a low carbon economy, remains a long and complicated one. The mere fact that decisions about this important issue are being made without us, is a sign of the system change that is needed. Too many of the decision-making positions are occupied by men, while it is the women who are most affected.

Earthlife Africa’s Nomalizo Xhoma says that South Africa’s transition to a low-carbon economy will never be just or equitable, and it will never have the positive impact it could have on our society, if women are not prioritised.

Xhoma adds, “The country’s transition from coal and other fossil fuels to renewable energy is in the hands of men, who know little about the struggles their decisions create. The truth is, women’s voices are constantly overlooked in our male dominated world, especially at the grassroots level. Yet, we are the ones responsible for putting food on the table and making sure that our families have clean water and a comfortable home. Therefore, we must have a seat at the decision-making table if we hope to secure a sustainable and happy future. And, based on the response from the women who attended our seminar, it is clear that South Africa’s women are ready to take up this challenge.”

Makoma Lekalakala says, “In the past, discussions about climate change were strictly in the realm of academics and other specialists, often men. These were people speaking on our behalf, on issues which were already affecting us. However, as the climate crises intensifies, we encourage women in South Africa to take up space and take back their power. We cannot have others make these critical decisions on our behalf. They do not live our reality.”

Winner of Earthlife Africa’s first-ever Woman Activist of The Year 2022 award Zodwa Rannyadi from Soweto Gauteng says, “It is critical that women be allowed and encouraged to participate in environmental issues. This does not mean only taking part in workshops. There is work to be done in our communities. Take the lead. Bring others along with you. But also, try to do your own research about the different issues affecting the environment and how climate change will impact our lives, and what we can do to mitigate and adapt. Information is now accessible in many different formats. Ask the young ones to help. Women must play a fundamental role in the just transition because most of the issues affect women. If we do not have a voice, decisions that affect us will be made by other people, who know little-to-nothing of what we need. I believe it would be better if we all worked together.” 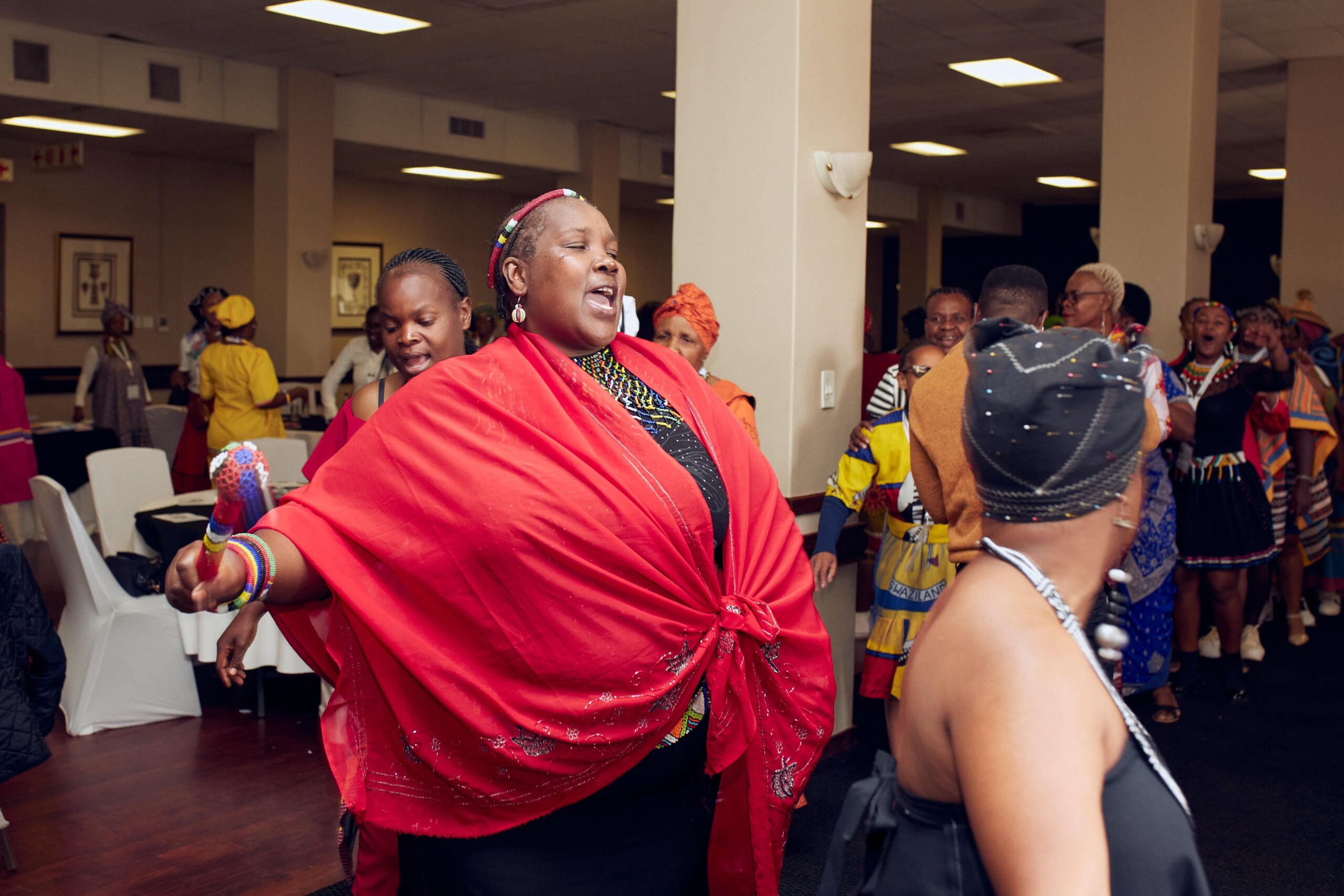 Winner of Earthlife Africa’s first-ever Woman Activist of The Year 2022 award Ntombizodwa Rannyadi from Soweto Gauteng says that it is critical that women be allowed and encouraged to participate in environmental issues.

According to Mphatheleni Makaulule from Dzomo La Mupo, a CBO in the Musina-Makhado area in Limpopo, “As community-based activists, we continue to educate and inform ourselves, so that we can share what we learn with our communities. We believe that our communities must realise that climate change is already having a serious impact on us. This is the reason that every South African should be part of the just transition. We need more of these kinds of events in many more communities, which give women – old and young – a chance to speak about and discuss these issues. They need to consider how they are experiencing the impacts of climate change and to come up with our own solutions, which are suitable for the different situations people face. When we as women come together, we strengthen each other.”

Makaulule says, “Organizations like Earthlife Africa serve as protection for us who are seen as people who oppose government decisions on mining. Yet, the majority of decision-makers in our areas are male, traditional leaders. This type of gathering is necessary to give women the strength to fight and advocate for what they believe in.”

Bulelwa Klassen from Siyanqoba Feeding Scheme in Zwide Township says that women must be at the forefront of the shift to a low-carbon economy.

Bulelwa Klassen from Siyanqoba Feeding Scheme in Zwide Township says, “Women have spent years fulfilling domestic roles and have not been taken seriously. Being prioritized means we must occupy bigger, more influential spaces, especially in male-dominated sectors like the energy sector. Now, as we try to shift from a fossil fuel economy toward the just transition, women must be at the forefront of climate justice as a whole.”