Thabametsi – Lessons learned from the unexpected victory that has local activists re-energised ! 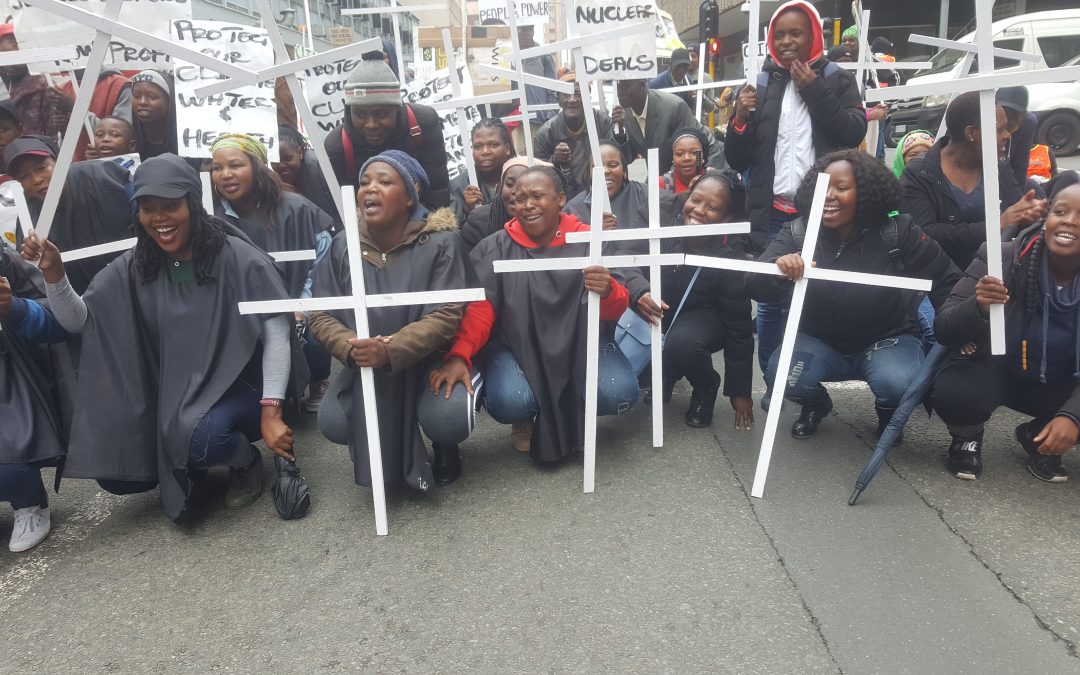 If someone had told me that we would stop the Thabametsi Independent Power Producer (IPP), and at the same time, the Thabametsi coal mine, I would have smiled, because I am an optimist and a dreamer. But, I would not have believed it. Now with the writing on the wall, and in the press, we can truly believe. But, the days of Goliath towering over David are not yet gone.

The fight against Thabametsi started a little late. Public participation was done in a very quiet and low-key way, with the usual objections lightly brushed over. As a community, we felt that the project should not continue because of the following reasons:

Thabametsi proudly explained that they have new technology that would minimize Sulphur dioxide pollution. They did not, however, remember to consider the huge carbon footprint they would be leaving, with high amounts of carbon dioxide (CO2) and other greenhouse gases. This was such a huge issue that even their own consultants admitted that this project would have a significant impact on climate change.

With this in mind, in both 2016 and 2018 the legal team from the Centre for Environmental Rights (CER), part of the Life After Coal alliance, took the Minister of Environmental Affairs and Thabametsi to court. To support the legal battle, Earthlife Africa continued the campaign at grassroots level, and funders were also targeted. With the help of 350.org, local community members wrote to the Japanese government, citizens and investors about the plight of the Bushveld. And as they say, the rest is history!

It is not easy standing up against huge companies with international backing, but with the right help and a good attitude, the fight is not lost before it has begun. This gives hope and renewed energy to activists in the Lephalale area, whose fight against coal projects is far from over.

READ more on this, in the below link – a release issued by the Centre for Environmental Rights on 1 December: https://earthlife.org.za/celebrating-a-major-climate-victory-court-sets-aside-approval-for-thabametsi-coal-power-plant/