Peacebuilding During the Climate Crises, to Protect Women and Girls, the Silent Victims 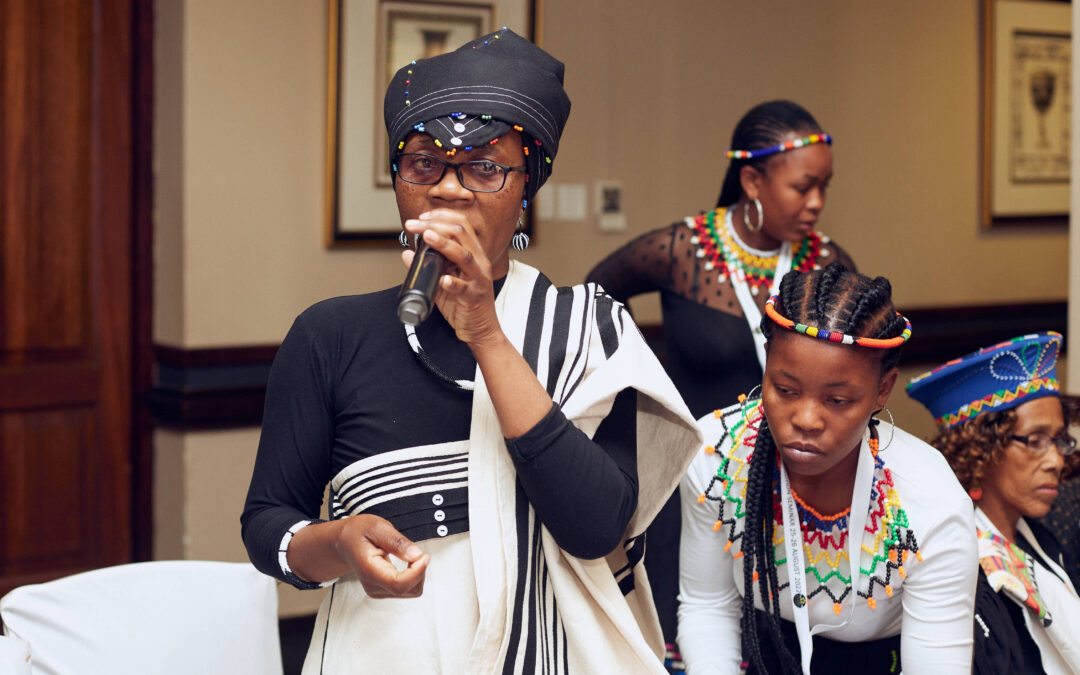 Throughout the world, every day, the impacts of climate change are felt and seen. South Africa is no different. Parts of Eastern Cape are fast approaching day zero, with many already struggling to access water, and KwaZulu Natal (KZN) was recently hit by unprecedented and devastating floods, which claimed many lives and left even more homeless. While the floods certainly affected everyone in the region, it is the women who suffer most because, as they deal with the impacts of the disaster itself, women must still care for their families. While this may not be the first time KZN has been affected by floods, the damage to property and loss of life has never been as extensive.

The effects of the KZN climate disaster is very similar to what was experienced when tropical Cyclone Idai hit Mozambique, Zimbabwe, and Malawi (in March 2019); it was reported as the worst natural disaster to hit Southern Africa, in at least two decades. In Mozambique, the cyclone left nearly two (2) million people in need of humanitarian assistance and protection. In Zimbabwe and Malawi, thousands more were killed and displaced, with those based in climate change “hotspots” unable to return to their homes.

It was heartbreaking to hear about women walking long distances, with children on their backs, in search of food and other aid, many forced to sleep in long queues, as they waited for help. Consider for a moment that nearly eighty thousand (80 000) of the women impacted by Cyclone Idai were pregnant. According to a United Nations Population Fund (UNFPA) report, it is estimated that more than 43,000 women, located in flood-affected areas, gave birth within six (6) months of the disaster. One woman even delivered her baby from a tree, since she could not access dry land. According to further reports, after the storm was over, the challenges grew. This included concerns that women and girls were being pressured to provide sex, in exchange for access to aid.

One year after Cyclone Idai left its trail of destruction, it was reported that many people continued to live in makeshift shelter, leaving them vulnerable to future climate shocks, across parts of Mozambique, Zimbabwe and Malawi. Consequently, due to inadequate climate response and a lack of support for those affected, the disaster also resulted in an influx of climate refugees, who are moving to South Africa.

It is incorrectly assumed that climate change forces people to move within their own countries. Limited access to natural resources and an increased threat to livelihoods in their home countries – for instance, where drinking water has become too scarce, or where crops and livestock struggle to survive because conditions have become too hot and dry or too cold and wet – is the driving force for cross-border migration. The reality is that majority of refugees, coming to South Africa, are climate refugees.

The influx of refugees and migrants to South Africa have caused their own problems. Some communities experience lots of violence and conflict, due to the increased number of migrants settling into local communities. Some groups promote anti-African and xenophobic hate speech, using violence as a way of “cleaning up” communities. Sadly, these clashes have cost people their lives, which I believe is avoidable, if people are better informed and educated about the climate crises. There can be no doubt that women suffer the most, as a result of climate change, which are compounded by existing gender-based abuses.

As an environmental activist and peacebuilder, I want to challenge and encourage more women to take up space on the ground and to integrate training programs to better respond to both the impacts of climate change, as well as the impacts of violence. We must learn together, from each other. For those in the eco- and social justice spaces, we must continue our work with communities and encourage non-violent dialogues that can lead to social cohesion. Community education and empowerment programmes should serve to develop a knowledge base on climate change issues and the effect on climate refugees. Hopefully, this will improve social cohesion and avoid any further violence in our communities.

At the same time, we also need to prepare ourselves to mitigate future impacts. The current situation in KwaZulu Natal will no doubt yield more issues, in the aftermath of the floods. There have been public displays of anger, with people wanting to lash out. Indeed, it is human to be angry at such a situation and as such, we should be ready to handle the tensions that may arise. Once the immediate needs are met, such as food and shelter, it is critical that we quickly broaden the focus to include interventions that also protect women and girls from violence, in addition to educating our communities on climate change.

Sabina Taderera is the Senior Finance Officer at Earthlife Africa Johannesburg. She is a peacebuilding environmental advocate, committed to protecting the rights of women and vulnerable children.

This opinion article was first published in the Mail & Guardian: https://mg.co.za/opinion/2022-08-06-inform-people-about-climate-change-to-reduce-conflict-violence-with-migrants-in-south-africa/