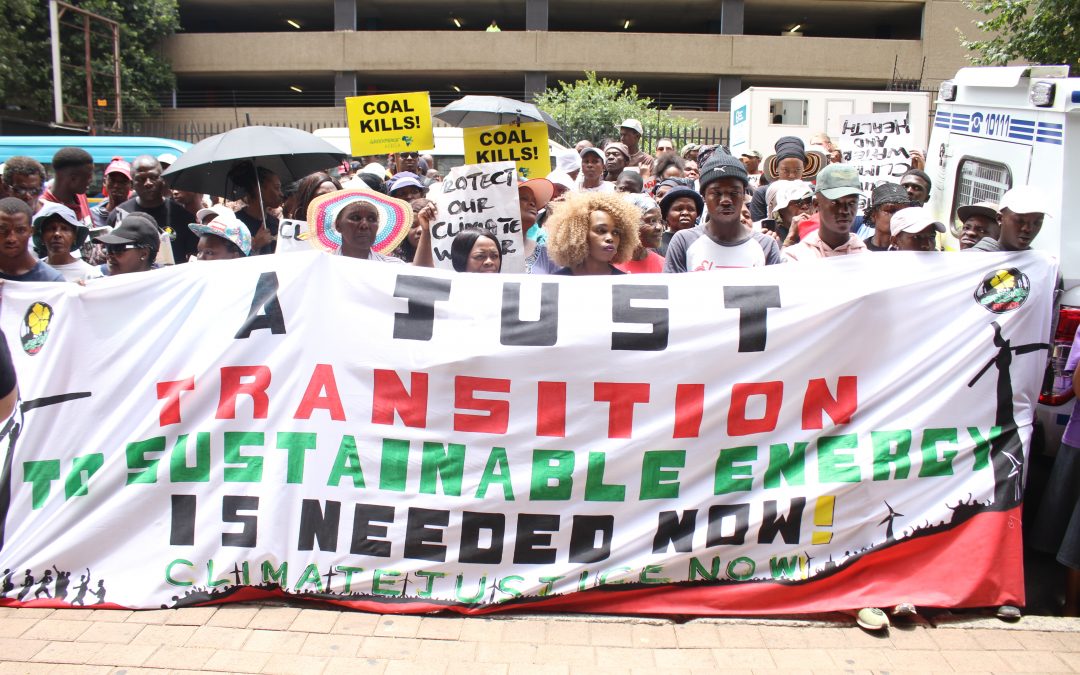 South Africans are truly some of the most tenacious people you will ever find. Not only are we surviving the ongoing social and economic impacts of the lockdown, but now that the National Energy Regulator (Nersa) has lost the court case against Eskom, we may need to cope with massive electricity price increases as well. On top of all that, the country continues to be on a rollercoaster ride with the constant threat of load shedding. This is no way to live!

Even though we have some reprieve from the darkness for now, Eskom has lost all credibility with the South African people. It is like we are living in a time-warp. We keep ending up with disruptive and debilitating load shedding, nearly thirteen years since it started in 2007, while still having to cope with the unprecedented and unnecessary rise in electricity prices. Still, there is no real plan to secure a just energy future for our citizens, nor any tangible plans to address the climate crisis.

I am worried about the state of the communities we live in. People are paying more for everything, and the impact on their quality of life is severe. Electricity is already too expensive for many in the country, with electric appliances, like stoves, becoming nothing more than ornaments because they are too expensive to use. Costs have more than tripled in the past decade, forcing many South Africans to resort to “energy stacking” – where they have to rely on a variety of energy sources, such as paraffin, gas, or open flames. These energy sources are unsafe and unhealthy (paraffin, for example, is one of the leading causes of poisoning among our country’s children and is a fire hazard in informal settlements).

Sadly, South Africa’s energy utility has been unsuccessful at enabling the economy. Eskom has become an even bigger black hole, sucking up the country’s money, at a time when its service delivery is deteriorating. Pensioners and other grant recipients end up spending so much of their money on electricity, in addition to the added costs of surviving the lockdown. Treasury’s Basic Income Grant will do little to shield the poor from the blow of rising energy costs.

These annual increases, for a failed entity, make no sense, especially since it is becoming more obvious that Nersa has lost control of Eskom. At community level, we have been making submissions to Nersa each year since 2008, calling for improved functioning of Eskom, in an attempt to curtail the rising tariffs. However, Nersa has been spectacularly inefficient in its ability to safeguard citizens.

The state-owned utility has admitted that there have been many inefficiencies, which it claimed, for years, it would address. But, until now, the state-owned entity (SOE) debilitating debt (in excess of R400-billion), coupled with ongoing mismanagement and a legacy of corruption, have all resulted in a heavy burden for South Africans. Medupi and Kusile, two of the country’s largest capital projects, were bad investments. To this day, neither coal-fired power station has ever run at full capacity, but they continue to haemorrhage public funds.

And now, the Department of Mineral Resources’ (DMRE) proposes making more bad decisions, without any public debate, which will lead to more unnecessary spending. The DMRE has recently stated that it seeks to explore new build nuclear energy, allocating funds to investigate small modular reactors. Many of our people do not even know about these plans, because the proper processes are not being followed. It seems the DMRE has once again omitted the critical step of public participation on the proposed 2500MW.

An unfortunate trend has emerged in the country. Every time we have load shedding, it coincides with poor decision-making at Eskom or signifies a new attempt to pursue nuclear energy. Yet each time Eskom fails, the people are called on to play their part. My question is, when can we expect the government to start acting more responsibly and truly be accountable for its decision-making? And, when will we see a real commitment to facilitate more meaningful public participation?

SA’s energy system is broken and in desperate need of reform. Eskom is the number one reason for the deepening inequality in the country and is taking us backwards. The SEO’s strategy – which seeks to make South Africans pay for its mismanagement and corruption, through increased tariffs, while still making the same mistakes – will only cripple the poor even more and is not a sustainable. This very moment, is a defining one.

As citizens, we don’t expect government to solve all these issues on its own. In my years in the energy space, I know of many individuals, NGOs and other experts in our country who are all standing-by with sustainable and workable solutions – that will see more homes electrified with affordable solutions, as well as a more equitable spreading of the wealth. Access to electricity should not be a privilege. It is a basic right. In this, government is failing every single day. This is why Earthlife Africa strongly advocates for citizens to take an active interest in these big government decisions, while calling on government to fully embrace and drive the just transition our country desperately needs.