If climate change is ignored, there may be no heritage left to celebrate 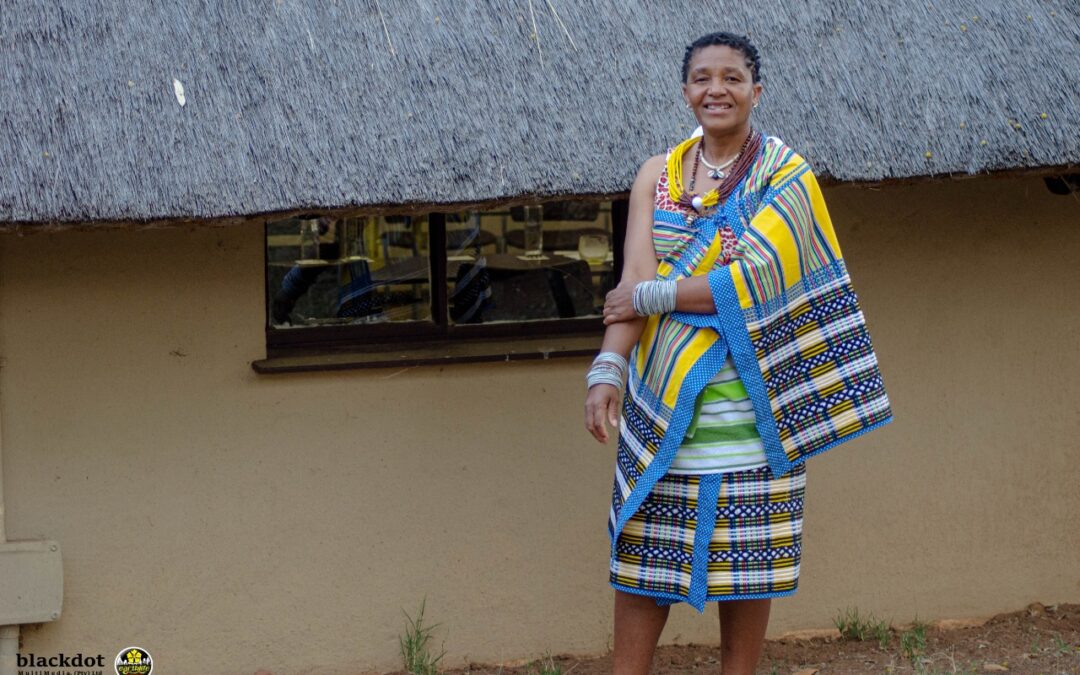 Heritage Month comes and goes each year, always with much fanfare around celebrating our country’s diverse cultures and history. Yet, many of the government’s proposed energy solutions pose significant risks to human life and the environment, while ignoring customary rights and risking several heritage sites. If not challenged, they will most likely leave communities across the country at a huge disadvantage.

Thabo Sibeko is the Programme Officer of the Anti-Coal Campaign, Earthlife Africa, Johannesburg.

The only hope we have of successfully addressing the climate emergency in a way that empowers and builds our communities without destroying our unique and diverse cultures, is to ensure that people are informed and have a real stake in the just transition. That is why Earthlife Africa is on a mission to energise women, youth and communities towards this ideal.

A transition to more renewable energy sources is the only way South Africa will move to a low-carbon economy, to meet our Paris Agreement commitments in a way that is equitable and fair for our society as a whole. As part of our commitment to promote public participation in discussions around climate change and action, Earthlife Africa Johannesburg has initiated its #EarthlifeDialogues to explore – along with grassroots communities in Gauteng, Eastern Cape and Limpopo – the ways in which the just transition can create decent work, foster social inclusion and eradicate poverty.

In this way, we hope to bring everyone into the fold and ensure that all South Africans do their bit to address the intensifying climate crises.

We can no longer deny that humans are responsible for climate change, and since not enough has been done to achieve the goal of reducing carbon emissions to keep global warming below 1.5 ̊C, the window of opportunity to avoid catastrophic outcomes is closing fast. Each country is allowed to emit a limited amount of carbon (that is, a carbon budget) that should not be exceeded if we are to stay below the 1.5 ̊C threshold.

However, at the current rate of emissions (of 40 Gt of CO2 per year), South Africa will likely blow through its carbon budget in roughly 10 years.

According to the latest report from the United Nations Intergovernmental Panel on Climate Change, global warming is expected to hit 1.5 ̊C ‘in the early 2030s, even if we apply the best-case mitigation effort. A new 2 ̊C goal has now been set (which is hopefully achievable), but this means we must cut greenhouse gas emissions “immediately” and “substantially” by 2030.

Our goal is to help communities develop a more thorough understanding of what a just transition is, why it is so important – as the world moves toward a carbon neutral future – and what role they should play.

From the dialogues held in Ekurhuleni (Tembisa), Vosloorus and Orange Farm over the past few months – in partnership with GenderCC – it is clear that people want to be part of the solution… they just need to know what to do and where they fit in.

Efforts to educate people about the causes and impacts of climate change should be ramped up, and we should also start mapping out the responsibilities and actions that must be taken by various roleplayers, from government to the private and financial sector, to the public.

We need a clear plan of action that is easy for citizens to understand and has tangible outcomes that will improve people’s quality of life.

Communities were particularly concerned about the impact of the government’s energy decisions on the cost of electricity and other basic services. One community-based organisation, which mostly works with persons with disabilities, revealed that its centre had no electricity because it simply could not afford it. Electricity prices are now significantly higher compared with a decade ago, and are continuously rising above inflation each year. Following Eskom’s latest price hike (which took effect from 1 July), South Africans are paying upwards of 13% more for their electricity, and more increases seem inevitable.

It is usually poor communities and those who are already marginalised who are severely impacted by government’s decisions, yet these are the same people who far too often, do not get any say.

The younger participants were mostly concerned about the country’s high unemployment rate. Some indicated that they want to start farming but do not have land or space to do so. They were also unhappy about government making decisions without public consultation.

Under our current structures, we will never achieve an inclusive and socially driven just transition. This is why environmental impact assessments are so important – locals, especially women, must be able to participate from an informed position and reject any projects that could harm them or their environments.

The Karpowerships debacle is a prime example of how companies (and governments) ignore the principles of a #JustTransition, by failing to engage openly and transparently with communities and stakeholders in affected areas. It was also revealed that thorough assessments of potential consequences and ways of mitigating possible harm were not done.

Now, with the 26th UN Climate Change Conference (known as COP26) around the corner, we must recognise that South Africa’s Nationally Determined Contributions (NDCs), which play a key role in our climate action efforts, are not nearly ambitious enough.

Government and business cannot ignore the evidence any more: we need deliberate action to address the climate crisis.

Our young people, who are part of our future, and women (as leaders) must be involved in decision-making. To increase food security, women need more equitable access to land for organic farming and to leverage their indigenous knowledge systems’ skills. All sectors and levels of government and society must be included in the discussion and actions associated with the just transition, from education to business to the environmental sectors.

This transition should be locally owned and should involve everyone, and policymakers must pay more attention to the research. It should not only be about decentralising our energy systems, but a complete overhaul of our power structures. It is particularly worrying that we do not see enough support for the potential that women hold.

Eskom’s monopoly on electricity supply robs citizens from having sustainable options. People need to know that there are alternatives. We envision that all high-impact projects implement inclusivity, and this should leave room for those affected to refuse projects that cause human and/or environmental harm. Only once there is widespread awareness, and all citizens are recognised and considered, can we achieve an equitable future that respects all.

Even though more communities are empowering themselves about energy issues, climate change and the just transition, government buy-in and support is crucial. These socioeconomic and environmental issues cannot be solved by the public and non-profit organisations alone.

Government and private corporations should work toward more robust and meaningful consultation with those communities who will be most impacted by the policies and projects they want to implement. DM/MC

Earthlife Africa regularly organises Energy Mobilisation Meetings in Gauteng, Eastern Cape and Limpopo to ensure that these communities are informed about climate change, the need to phase out coal and other fossil fuels, and the need to introduce more renewable energy. For more information contact thabos@earthlife.org.za (Thabo Sibeko) and makoma@earthlife.org.za (Makoma Lekalakala).