From waste to energy for cooking: Renewable Energy projects make a difference for community wellbeing 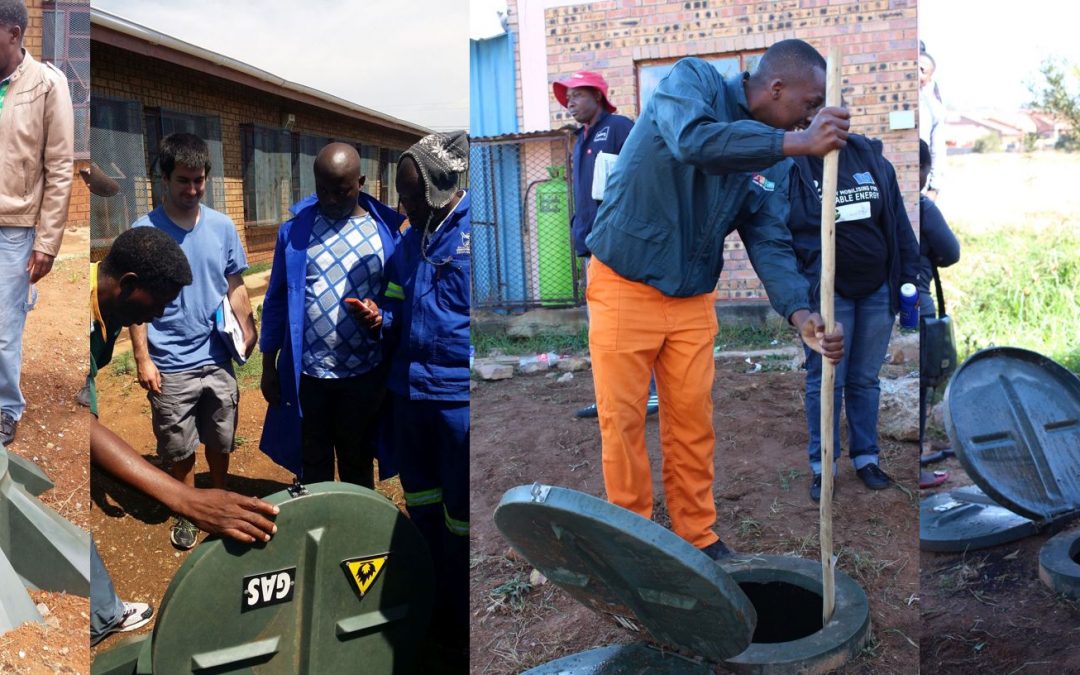 In 2014, in an effort to put into practice what it preaches, Earthlife Africa Johannesburg introduced a number of renewable projects in communities in Gauteng. According to Earthlife’s Thabo Sibeko, it was important to the environmental justice NGO that South Africans start to think differently about energy production.

Says Sibeko, “There are many different ways to generate energy that are safe, not harmful to the environment and are more accessible than we think. Energy production is not one-size-fits-all, and with the deepening impacts of climate change, the time to adapt is now.”

Khangezile Primary School at Kwa Thema in Gauteng, is a great example of how renewable energy can be harnessed to provide some comfort to this community. The school currently uses biogas-digester technology to recycle organic waste, to produce methane gas. The gas is used to cook and prepare food for all the learners at the school. Currently, the school generates about 160 litres of organic waste per month, all of which is used to supply its gas needs.

“Since we installed the technology, we have managed to make substantial financial savings. Since Khangezile is a no-fee paying primary school, running on a minimal budget, the costs of the LPG gas that we used before, became quite heavy to bear,” says Mr. Vamba (Educator).

The biogas technology, used at the school, has a digestate tank – which stores grey waste water, used to fertilize the garden. The vegetables produce are used to feed learners, while the rest is shared with members of the community working group (consisting of parents from around the community).

“In line with the compulsory study of the environment, as required by the National Curriculum and Assessment Policy Statement (CAPS), Khangezile does not only generate biogas, but the digester technology is leveraged to teach learners about climate change,” says Mr. Vamba.

He says that the project also creates opportunities for a tourism sector, since the school also now hosts a lot of visitors coming to learn about the biogas digester.

Sibeko says, “It is important for us that our communities see and believe that renewable energy can work for them because the time has come for South Africa to rethink its energy production strategies. On top of this, the biogas digester technology is the perfect way to demonstrate that not all waste should go to the landfill and that much of our waste can, in turn, be used as energy.”

In 2014 – in partnership with Gender CC and Oxfam, and with funding from the European Union (EU) – Earthlife Africa and Gender CC established a number of renewable energy projects in Gauteng (Earthlife Africa), Western Cape and Limpopo (Gender CC)

Originally known as the Sustainable Energy and Livelihoods Project, the various renewable energy project sites are monitored by the Women’s Energy and Climate Change Forum (WECCF) – which has long been calling for socially-owned RE projects that involve women. To ensure that the women of the WECCF remain involved and continue to lead these projects, all of the sites are therefore conveniently located, close to where WECCF members are based.