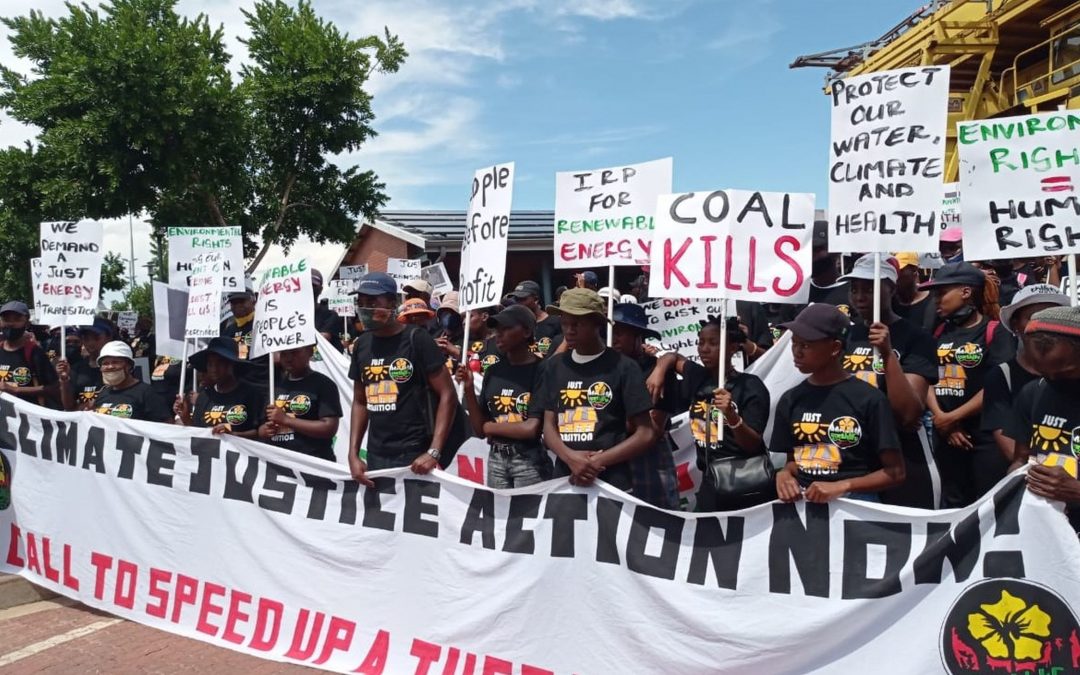 The climate crisis is getting worse, yet people at grassroots – who are bearing the brunt – are still incredibly excluded from the conversation and from playing a more meaningful role in the Just Transition (which must happen now). While the climate debate rages on, with decisions being made on the actions to take toward the #JustTransition, many South Africans on the ground are not involved in these discussions.

There is no doubt that our communities want to be part of the solution, to play their part in addressing climate change and be part of the #JustTransition but, many do not know where to begin. Furthermore, climate issues and the actions needed to address the crises have brought with it a whole new vocabulary of words that mean very little if you do not know how it applies to the current context.

As a result of our work – with communities in Limpopo, Gauteng, and Eastern Cape – Earthlife Africa Johannesburg has developed a Just Transition and Climate Change Glossary of thirty (30) terms, in a bid to bridge this gap. The Glossary seeks to demystify some of the language around climate change, to bring communities into the conversation and build stronger community-based climate action movements, countrywide.

At Earthlife Africa, we strongly believe that by creating widespread climate change (and climate action) awareness, the better our chances are to build a more inclusive and equitable society.