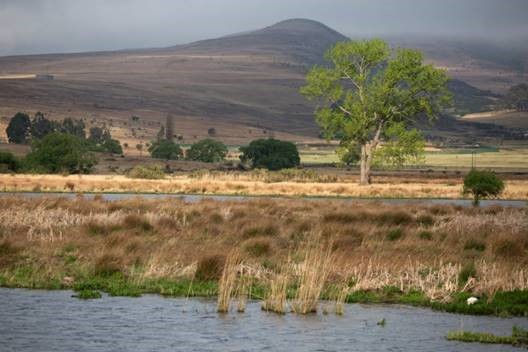 Last month, the Mpumalanga Provincial MEC for Agriculture, Rural Development, Land and Environmental Affairs, MEC VR Shongwe, published his decision to revoke the protected area status for a large part of the Mabola Protected Environment in Mpumalanga in order to enable a controversial new coal mine to proceed.

The Coalition of eight public interest organisations who have, since 2015, been challenging the development of that proposed new coal mine, have condemned the MEC’s decision. The proposed mine would also fall inside a Strategic Water Source Area.

The MEC’s decision comes after the Coalition successfully challenged in court the permission previously given for the mine by the former Ministers of Environmental Affairs and Minerals, the late Edna Molewa and Mosebenzi Zwane.

The Coalition’s court challenge resulted in the High Court setting aside those permissions as unlawful and awarding punitive costs against the MEC and the Ministers. The court found that there was no justification for their lack of transparency, and departure from procedures required by law. Four attempts by the mining company to challenge the High Court decision failed, with a full bench of the High Court, the Supreme Court of Appeal (SCA), the President of the SCA, and ultimately the Constitutional Court, leaving the Coalition’s judgment intact.

Now, in an apparent attempt to circumvent those judgments and the Protected Areas Act itself, the MEC has revoked protection for a large portion of the protected environment to push through a new coal mine inside Mabola.

The Mabola Protected Environment near Wakkerstroom was declared under the Protected Areas Act in 2014. This followed years of extensive research, planning and consultation by a number of government agencies, including the Department of Environmental Affairs, the South African National Biodiversity Institute (SANBI), the Water Research Commission and the Mpumalanga Tourism & Parks Agency.

That declaration gave formal protection to this area, which is not only important from a biodiversity point of view but importantly falls within the Enkangala-Drakensberg Strategic Water Source Area.  South Africa has only 22 Strategic Water Source Areas (SWSAs) which comprise 10% of the land area that produces 50% of the country’s fresh water. These SWSAs supply water to South Africa’s largest urban centres and agricultural areas and support downstream economies and ecosystems. The Enkangala-Drakensberg Strategic Water Source Area specifically supports Gauteng’s economic hub of Johannesburg and Tshwane as well as various towns and agricultural regions in Mpumalanga, KwaZulu-Natal and the Free State.  Compromising this SWSA will have devastating consequences for the country.

The Coalition condemns the MEC’s decision because, among other reasons:

“The MEC’s decision is in direct conflict with the actions proposed in the National Water and Sanitation Master Plan which in its actions for the protection of ecological infrastructure planned to declare strategic water source areas and critical groundwater recharge areas (such as Mabola) as protected areas by 2021. Further, pursuant to its National Hearing on the Underlying Socio-Economic Challenges of Mining Affected Communities, the South African Human Rights Commission directed the then Department of Environmental Affairs and the Department of Water and sanitation to take definite steps to ensure the legal protection of our water source areas. The MEC’s decision flies in the face of all of those efforts,” says Mariette Liefferink, CEO of the Federation for a Sustainable Environment.

“The grasslands biome is a priority for BirdLife South Africa not only because of its importance for various threatened and endemic bird species, but also because of the importance of grasslands for the provision of ecosystem services. Indeed, the Mabola Protected Environment sits within a Strategic Water Source Area, the protection of which is crucial for South Africa’s future water security. We are deeply disappointed by the MEC’s decision to exclude properties from this protected area in order to more easily facilitate mining.  We are also concerned about the precedent that this sets for government’s future handling of conflicts between mining interests and the protection of ecologically sensitive areas,” says Dr Melissa Lewis, Policy and Advocacy Programme Manager, BirdLife South Africa.

“This mine would never create meaningful local employment to justify the local and downstream consequences of compromising this Strategic Water Source Area and the long-term water pollution, the health impacts of air pollution, the greenhouse gas emissions causing climate change, and the loss of natural resources like grasslands, wetlands and water supply, so essential for South Africa’s ability to protect itself from the worst impacts of climate change,” says Bobby Peek, director of groundWork.

The Coalition condemns the exclusion as irrational and unjustifiable, and asserts that it would be indefensible on review to the High Court.

While the MEC has excluded the mining area from the protected environment for now, this does not mean that the coal mine can now proceed. There are currently five High Court applications pending which, if successful, will set aside the various licences the mine needs to be able to commence mining.